Is it just me, or is this a weirdly modest claim? 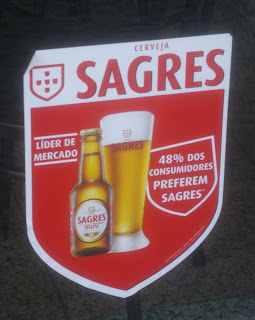 Modest, yes.....but the other beer, Superbock, has for years been running an ad that reads, roughly,,

"The majority of people in Sagres prefer Superbock"

Sagres, being both a town and the brand of beer.....

I belong to the 48%. Super Bock is a perfectly good beer, but Sagres is a little less malty, and I think I prefer that. Over the years, I have consumed a reasonable amount of both.