This primer from the Washington Post gives a reasonable breakdown of the ethnic situation in Spain, and who ETA are, but it makes a curious mistake


The Basque people, believed by scholars to be of Celtic origin, have inhabited the stunningly beautiful regions of northeast Spain and southern France for centuries. They speak their own language, celebrate their own holidays and have their own traditions, which included fierce resistance to the autocratic regime of dictator Francisco Franco.

Yes, to all that except for the "believed by sholars to be of Celtic origin", which is completely wrong. Yes, there were Celts in Spain before the Romans got there and the Celts are all gone. However, the Basques were there well before that, and all the evidence suggests that they were there a long time before that. (Just how long a time is hard to say). Linguistically (and in some ways genetically, although there has been more mixing in this regard) the Basques are a complete outlier. They are not related to anyone that we can find. Some people have argued that they may havve been related to the Etruscans of Italy, but since the Etruscans have all been dead for thousands of years it is hard to tell.
Posted by Michael at 12:13 pm No comments:

The Belgians do know how to treat a bottle of beer with proper respect.

Yes, I know I am drinking a Belgian beer from a German glass. Death is indeed too good for me.
Posted by Michael at 10:50 am 1 comment:

I have a piece on Australia's victory in the first test against Sri Lanka and on the superb bowling of Shane Warne over at ubersportingpundit.
Posted by Michael at 7:37 pm No comments:

I have a piece on a brief visit to the Spanish embassy over at Samizdata.
Posted by Michael at 12:30 pm No comments:

I have a short piece on a USB Swiss Army Knife over at Samizdata.
Posted by Michael at 2:13 pm No comments:

Odd search request of the day

You do realise that doing this will send you directly to hell?
Posted by Michael at 5:02 pm No comments:

Really obvious advice of the day

Don't look up the current price for the same configuration of a computer that you bought three months ago, because it will be cheaper. Computers are just like that. (No it isn't horrendously cheaper, but about 10% so. Of course, I really needed the new machine three months ago). And of course there is a new fancy model as well, although that one is a fast Pentium 4 machine rather than the Centrino model I have, and while considerably faster it is probably less good for running from batteries a lot. It's heavier too. It's got more USB ports and a DVI port though - not that I have anything to connect it to from a DVI port.
Posted by Michael at 12:27 pm No comments:

I have a piece on watching Manchester United get eliminated from the Champions League by Porto over at ubersportingpundit.
Posted by Michael at 7:04 pm No comments:

Brian Micklethwait made some observations on why he thinks it is a bit silly to have a passenger wheel inside a circular hole in the World Financial Center being built in Shanghai. Given that the point of such wheels is to get you higher than you could get without them, I have to agree. (The future skyline of Shanghai looks cool though. I must go some time. The North Bund Tower looks like something out of the Thunderbirds).

This caused me to browse Skyscraper Page a little. I ended up at this picture of the tallest destroyed buildings. The largest buildings in the picture by far are of course the two World Trade Center towers that stood in New York, but on the very right of the picture we have the Great Lighthouse of Alexandria. The combination is poignant somehow, but I will not try to draw a message of any kind from it.
Posted by Michael at 7:11 am No comments:

I have a post on the politics of international soccer and the game that Wollongong Wolves did not play against Deportivo la Coruna over at ubersportingpundit.
Posted by Michael at 4:21 pm No comments: 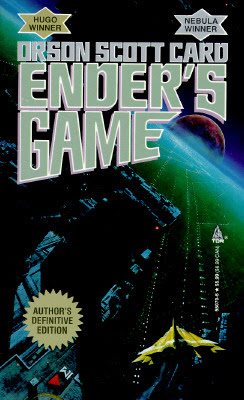 To you, most everything is a game. It's summertime, and the living's
easy. Even when there's a war on, it's just a game to you. But even though you've
historically been able to meet every challenge, there are some doubts about what lies
ahead. Are you sure you're up to the next test? Don't forget to pay attention to your
siblings.

Take the Book Quiz
at the Blue Pyramid.

Posted by Michael at 6:38 am No comments:

I saw 21 Grams this morning. Good, but I have one or two thoughts on it. And I think I may go out for an ale first.
Posted by Michael at 3:47 pm No comments: