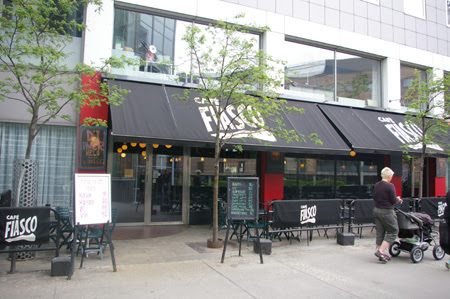 One odd (or perhaps not) consequence of my detailed blogging of the World Cup is that anyone who has read or stumbled on this blog recently has concluded I am some kind of weird cricket obsessive, and that is just not true.

Anyway, just so that there is something else on the top his blog, here is a nice picture of Gothenburg harbour that I took from a hill overlooking the city yesterday. 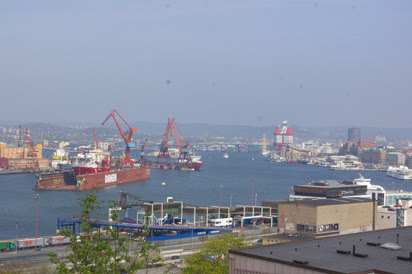 In the centre, we see one of Europe's relatively few surviving shipyards. (There is a bigger one in Odense in Denmark (where Emma Maersk was built) and various others in Germany and Russia). The great maritime traditions of the Baltic are impressive.

The other thing the picture makes clear is of course the simple fact that Sweden is a great industrial country. Think of all the great international Swedish companies - Volvo, Saab, Husqvarna - and there are many more, and there is a sense that Sweden did many things right. The striking thing of course is that it is a small country. I come from a small industrialised country that has and had industry, but it was protected industry largely selling things domestically. In the international world, we can and always have relied on being a resources power. There's not harm in that if you are a resources power, but the Swedes do demonstrate the relative importance of free trade. (This is something that admirers of the "Swedish Model" often neglect, but Sweden's commitment to free trade was what actually made it rich, and what made its industrial companies so good).
Posted by Michael at 4:00 am 7 comments: