It is certainly true that I have a history of being a cricket obsessive, although I have become disillusioned with the sport a little bit in recent months. This is perhaps why, despite what Alan Little posts, and despite requests from Brian Micklethwait for analysis, I don't think I have even mentioned the Indian Premier League on the web, and I have barely mentioned it in person to anyone. My disillusion is perhaps partly responsible for this lack of excitement. Perhaps also I have just been distracted by my own life.

Simple summary of the state of affairs. Does the rise of the IPL indicate the end of the cricket world as we know it? Very probably yes. Is this a good thing? Very probably yes also, although I would prefer they were playing a longer form of the game rather than the 20 over silliness. Do I have the inclination to research and write about this in detail at the moment? In truth, no.
Posted by Michael at 10:12 am 1 comment: 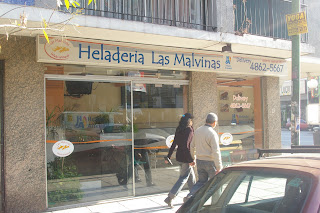